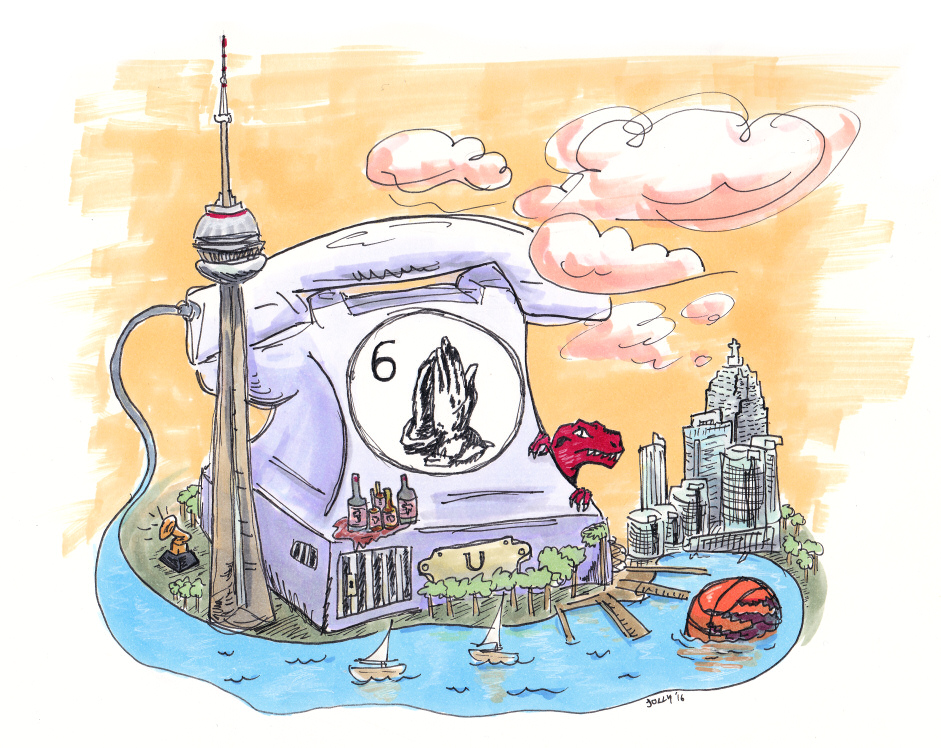 Aubrey Drake Graham, much like Kanye West and John Lennon before him, is at his very best when a) filled with indignation at being undervalued, b) comparing his feats to the resurrection, or c) exposing all his deepest vulnerabilities. When these qualities are blended, it’s an beautiful thing, indeed.

‘You & the 6’ takes the form of a winding conversation with his mother, about everything from her disapproval of his girlfriends to his largely absent father. The song cycles between third and first person narration as Drake unpacks a lot of his frustrations with fame, criticism, and race. It is clear he is a wounded bear, annoyed at both his mother’s inability to relate to his circumstances, and his own annoyance at her; all she is doing is looking out for her son – worried and unable to contact him as much as she likes. “Ain’t been returning the texts, so she been reading the press. She got Google Alerts, them shits go straight to her phone”, he recounts, pissed off that an unfiltered online gossip stream is informing her about his life (wonder what she thought about Courtney from Hooters on Peachtree) while being double pissed that he is complicit in this misinformation by his own radio silence – if such a term can be used about someone who has dominated the format over the past few years.

These are all very specific, 0.001% problems he has, but they are real ones nonetheless. The dude who once boasted about being 25 sitting on 25 mil (also crowing “I swear, it’s been two years since somebody asked me who I was”) is now experiencing the full force of his own success. Magazines are trying to take him down, he has lost trust in most people in the industry, and he has become a target. His mother charmingly tries to set him up with a trainer at her gym but Drake knows how it goes when he tries to date ‘real’ (i.e. non-Rihanna) women. “I’m sure that she’s an angel, but she don’t want this life, the timing ain’t right.” He then bemoans the cut-throat world of hip hop and how it doesn’t jive with his sensitive core.

A quick interjection: Drake is part of a linage of emotionally-open hip hop artists who also adopt a swaggering sense of braggadocio when it suits. Ground zero of this might be Kanye’s one-liner from ‘All Falls Down’: “We all self-conscious, I’m just the first to admit it”, although Tupac may also have a claim to this dubious title too. Like Kanye, Drake has found his style being co-opted by other artist who first emulate him, and then attempt to challenge his supremacy. Like Kanye, Drake hates it. Of course, all hip hop artists boast they are the best; it’s a genre which rose from violent oppression, was perfected and showcased through rap battles, and emulates the loyalty and territorial nature of gang culture while mirroring the individual hubris of boxing – another pursuit heavily favoured by the disenfranchised. Ali claimed he was the greatest before hip hop was born. It doesn’t make for a nice playing field, though. This all leads to Drake’s confession, perhaps the most stark yet: “I can’t be out here being vulnerable, momma.” Ironically, it’s one of his most vulnerable lines to date.

He also touches on the idea of race  – and more specifically the idea of ‘blackness’. Due to his ubiquity, it is easy to forget what a singular success story his is: a Jewish, mixed-race, Canadian child actor who became the biggest non-Kanye name in American hip hop. Of course this makes him an easy target for claims of inauthenticity, regardless of how true the opposite is. “I used to get teased for being black, and now I’m here and I’m not black enough, cause I’m not acting tough or making stories up ’bout where I’m actually from”, he spits towards the end of the song, sick of the assumptions.

More than any of this though, ‘You and the 6’ is a HSC-style compare and contrast essay between his mother’s unwavering support and the complicated relationship both he and her have with Drake’s largely-absent father. “You’re your father’s child, man, thank God you got some me in you” his mother reasons, when faced with Drake’s lack of communication and uneasy relationships with women. Verse two is where this is more explicitly tackled, the tone suggesting an eye-rolling acceptance of his father’s flaws, built over years of disappointment and acceptance.

(In 2012, Drake told GQ: “I’ll never be disappointed again, because I don’t expect anything anymore from him. I just let him exist, and that’s how we get along. We laugh. We have drinks together. But I spent too many nights looking by the window, seeing if the car was going to pull up. And the car never came.” The following year, talking to the same magazine, he added: “His actions served as that reverse role model for me. There are a lot of things that I don’t ever want to do. I don’t want to miss years of my child’s life. I don’t want to put a woman on a roller-coaster ride.”)

Drake jokes about his dad releasing a single off the back of his son’s fame, frequenting clubs despite being in his 60s, and still wearing linen. In the midst of all the jokes is a boy who still wants his parents to reconcile, urging his mother to call his dad “after we get off the phone, and show him some love”.

“He made mistakes throughout his life that he still doesn’t accept.
But he just want our forgiveness, and fuck it, look how we living.
I’m content with this story, who are we not to forgive him?”

He is done with the conflict. He recalls time spent rapping over the phone to his incarcerated father’s cell-mate when he was a teenager, and even posits this early training may be the reason he has a Grammy now. He is over the anger, over the pain of waiting for his father to show up, and just wants his fortune to plaster over those deep cracks.  “Let’s just call this shit even, we got some things to believe in”, he begs his mother, before listing off his father’s few positives, recalling how he kept him from getting into trouble in the rough areas of Toronto. “He never let me do drugs, he let me shoot a gun one summer, but out there everyone does”, he reasons, and it’s funny, and both mature and naive – an adult son still making excuses for his father’s actions.

He knows his mother – and the city in which she raised him – undoubtedly saved his life, but he also acknowledges the deep debt he owes his father for introducing him to music with emotion: “old music, soul music, shit that can only be created if you go through it.” This was the biggest gift Drake received from his father: the knowledge that pain can be wielded as a weapon if you find the right means of expression; “Working with the negatives to make for better pictures” as he once put it. When trauma is filtered through music and used as a shield and a bridge – well, that shit can save your life.