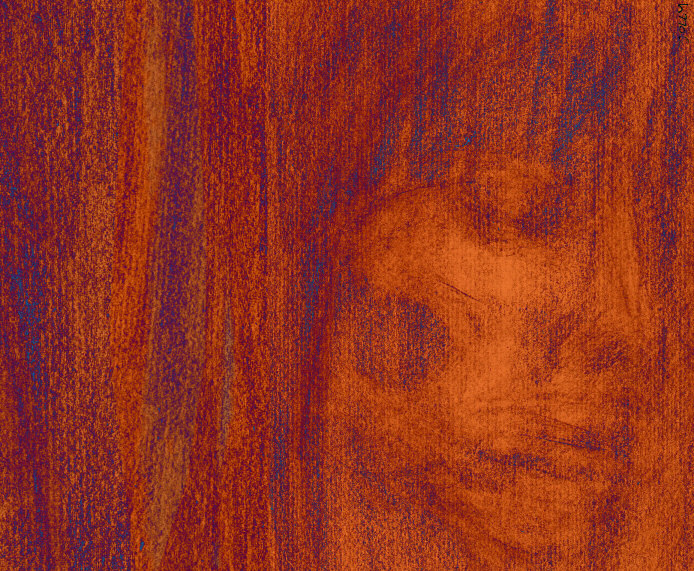 Joni Mitchell’s ‘Blue’ is my favourite album, which is why I can’t listen to it very often. “Songs are like tattoos” she sings on the title track, and you should really take this as a warning.

‘The Last Time I Saw Richard’ closes the album, and finds Joni recalling a barroom conversation three years prior in which an older ex-lover (apparently her first husband Chuck Mitchell, although Crosby, Stills, Nash and Young probably all think it’s about them) attempts to quell her youthful lust for life with some sad, sage wisdom: “All romantics meet the same fate someday: cynical and drunk and boring someone in some dark café.” He is projecting his misery onto her, scoffing when she laughs this off, and cheapening her desires to a list of romantic cliches: “roses and kisses and pretty men to tell you all those pretty lies.” C’mon, dude! Richard is forceful and bitter, but don’t feel sorry for Joni here: she cuts through his bullshit by claiming he is merely romanticising his pain, as evidenced by the dreamy love songs he puts on the Wurlitzer even while he bemoans the very concept (fucking BOOM!). Richard talks hard, but Joni can see through that bullshit.

As time-stamped in the first line (more songs should do that) this scene is placed in 1968, three years before ‘Blue’ came out, so the Joni in this song is reckoned by Richard to be a more innocent Joni who will inevitably follow him down Bitter Avenue (it’s probably more of a cul-de-sac, actually, and it’s never too late to turn around, Richard!). Thankfully on ‘Blue’ her eyes still seem “full of moon”, with all the heartache and joy that being alive and open to experience usually entails. Not ol’ Richard though, slumped on some bar-stool, all his emotion dulled by years and beers. Fuckin’ Richard. The closest she gets to Richard’s sorry stance on ‘Blue’ is in ‘Little Green’ – another song with a conversation across an age gulf – when she explains to the child she gave up for adoption at 21 (her, not the child, although putting a 21-year-old up for adoption would be quite the move)  that “there’ll be icicles and birthday clothes, and sometimes there’ll be sorrow.” Whereas this line is a gentle warning of duality to a child born into a cruel world, Richard just seems like a jaded dick – a sunshine stealer, as Jenni Konner calls it.

Richard got married to a figure skater, Joni tells us in verse three, even though that’s not an actual profession – which leads me to believe Joni is simplifying this woman’s life. Richard is surrounded by the trappings of white-goods and mortgages, he now drinks at home most nights with the TV on –  the cafes and bars replaced with something infinitely more sad: a man trying to drink himself far from the nest he built around him, paying a monthly fee for Home Security to patrol if the infa-red alarm goes off, his kid on his lap, his wife in the other room, stepping on Lego as he curses and walks to the kitchen to refill his sad little whiskey glass. None of that latter stuff happens in the song, of course, but you can tell that it’s there.

The final lines of the song find present-day Joni (1971 Joni, anyway) sitting at a dark cafe repeating the actions Richard warned were inevitable. Whereas Richard is resigned to his fate, Joni seems certain “all good dreamers pass this way some day”, as if this is merely a transitional stage, and one she already has a cautionary tale for. “Only a phase, these dark cafe days”, she reminds herself in the final line, and judging by the four decades of joyous, sad, alive, oddly-tuned music she made after this record, she was wise to relegate Richard’s bar-room philosophy to bullshit inward suffering, and nothing else.