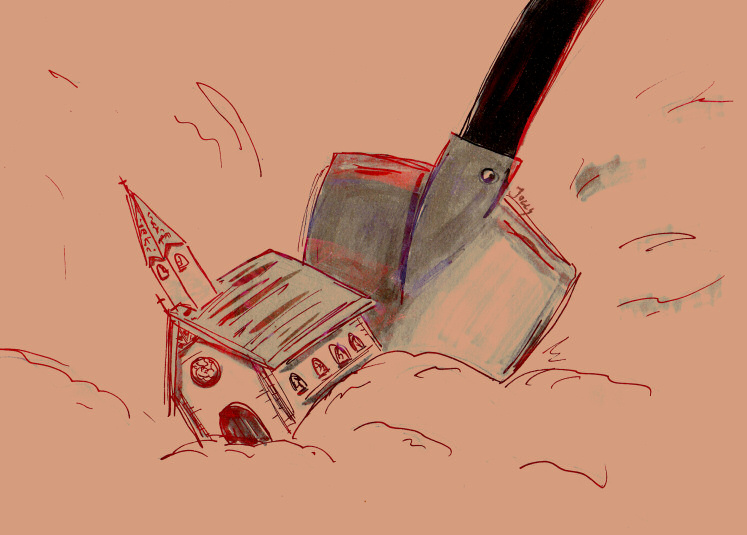 and how great is it when a song begins mid-sentence, with “and when I…” and you are tossed headlong into the thick of it, needing to make sense of things quickly? None of this, “My name is Luka, I live on the second floor” (stranger danger, Luka – geez!). No gentle, “a  long, long time ago” – you’re straight in there. In the case of ‘Divorce Song’, we are thrown into the tail end of a tired road trip argument, Liz having stolen her lover’s lighter, AND lost the map, and frankly I’m on his side a bit, ESPECIALLY after she then asked for a separate room. Of course, after the next few lines I’m back on Team Liz, and what follows are some of the realest lyrics since Brian Wilson wrote ‘In My Room’ and then spent three years in the ’70s really proving its veracity.

Anyway, the greatest stanza of the ’90s went:

“It’s harder to be friends than lovers.
And you shouldn’t try to mix the two
‘Cos if you do it and you’re still unhappy.
Then you know that the problem is you.”

I first heard this song – and those lines – at 17, and although I was yet to experience any emotion remotely resembling this, I knew it to be true as soon as I heard it. There are numerous depressing songs on Liz Phair’s debut album ‘Exile In Guyville’: the bleak emptiness of ‘Fuck and Run’ is only the most obvious example. Phair herself said she cried for the girl she once was when listening back years later, and it’s not hard to believe. The entire album is a towering fuck-you double-album response to the Rolling Stones’ ‘Exile On Mainstreet’, although the response is less literal and more metaphorical – and far more loose, visceral, and alive than the Stones’ ‘Exile’, which was heralded for these exact qualities despite basically being musical blackface.

‘Divorce Song’ is the most elegantly realised moment on ‘Exile’, if indeed a song dealing with such messy concepts can be described that way. It’s a portrait of a relationship set not to detonate but to fizzle – an empty tank and separate beds: tired arguments; the realisation of an expiry date rubbing up against the idea of marriage, and the exasperated exaggeration of “the rest of my life” – the fact this forever-promise is made “just to prove I was right” is depressing and uncomfortably relatable.

And steering back to the aforementioned ‘fuck-you-ness’ a special one needs to be reserved for John Henderson – who was originally slated to release the record before the pair’s differing ideas on what the album should be got in the way. Henderson spends the entire ‘Guyville Redux’ documentary simultaneously taking credit for, and bitterly distancing himself from Phair’s entire being – still clearly burnt twenty years later because she rejected his polished production style (at one point he refers to the possibility of her being bigger than Madonna if she had only had the sense to shush and listen – as if that was ever the goal of such a record). You can see Liz grinning through her teeth during these interviews, Henderson proving that the Guyville of the Chicago indie scene is still alive and well.

Musically, Courtney Barnett seems to have closely studied this song’s laconic chug, the elastic chords, steadfast drumming (courtesy of producer Brad Wood – who also produced Ben Lee’s ‘Grandpa Would’ and Sunny Day Real Estate’s ‘Diary’) and of course Liz’s lazy, amazing voice. The final thrilling element is the harmonica solo towards the end. Originally recorded throughout the entire song, and mercifully culled to an outro, it is a great way to end the track, the sonic blast of Phair finding the map, stealing the keys and driving off and away from Guyville – cans bouncing on the road behind the car, the words ‘Just Married’ fading fast on the back window.